The European Union is about

to get more powers

During the past 12 years the European Union has been beset by multiple, often simultaneous crises both external and internal. While an observer may conclude that European integration has hit a wall and may be terminally weakened, many initiatives have been launched or are about to happen that were until recently off limits in fields such as public finance, economic stimulus, healthcare, and security. If allowed to mature these precedents will in fact deepen European integration and even give the European Union some of the hallmarks of a federal state.

In these challenging times, international associations should keep a close eye on developments in Brussels. When facing difficult choices about where to invest resources during the years to come, monitoring new legislation can bring important value to their membership, even if they do not actively influence the legislative process. 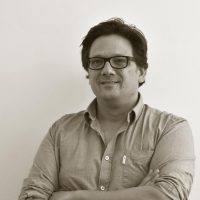 From the European sovereign debt crisis to the migration crisis to Brexit to the current COVID-19 public health crisis and the economic crisis that will inevitably follow, the EU has not had an easy decade. Meanwhile, disagreements about issues like civil rights, public finances, and immigration have further exposed the north-south and east-west rifts within the continent. Powers like Russia and China have been able to solidify positions of influence in several EU Members States through for example China’s Belt and Road Initiative. A rising tide of national-populism has put moderate governments under pressure and narrowed notions of sovereignty. Finally, the current US administration’s preference to engage directly with individual countries rather than through multilateral organisations has created uncertainty about Europe’s security at a time of growing geopolitical risk.

Throughout its 68-year history, European integration has been forged through crises. Under pressure, everything becomes fluid, and so does the entrenched landscape of intergovernmental decision-making. The role of Germany in this is pivotal. While individual Member States negotiate for their own interest, Germany as the continent’s reluctant near-hegemon, considers the EU of existential importance. Germany is too small to dominate Europe by itself, but too large to play a lesser role. Miscalculations about its relative strength have twice in the 20th century led the country (and the continent) to disaster and these history lessons have not been lost on its current political class. As Chancellor Merkel put it in a recent interview: “what is good for Europe is good for us”.

Here are some examples of how crises led to stronger integration:

The current health and economic crises are no different from previous ones in the sense that they are leading to a deepening of European integration and the expansion of EU decision making into areas that were thus far the exclusive competency of the Member States. Brexit is a significant factor in this because it removed a major Member State that was strongly opposed to deeper integration. The political weight of Member States that are now opposed to deeper integration has been greatly diminished and much more is possible without the UK. Fields where the EU is about to gain new powers will likely be:

The European Union has hitherto been financed directly through customs duties on imports from outside the EU,  contributions of its Member States based on VAT and Gross National Income, and other revenues such as taxes deducted from EU staff salaries, interests, fines, and contributions from third countries.

Every 7 years Member States must come to an agreement on the Union’s budget. Negotiations on the EUR 1.074 trillion Multiannual Financial Framework (MFF) for the years 2021-2027 as well as a EUR 750 billion EU Recovery Fund have just been concluded. The agreement is ground-breaking as it breaks two taboos:

For the first time, EU spending will be financed by large-scale joint borrowing, to pay for some of the economic relief. This was always opposed by Germany as well as Austria, Denmark, Sweden, Finland, and the Netherlands. Germany had recently reversed its position on this matter making it inevitable that the plan would be adopted in some form. The precedent this sets has been hailed as the Union’s near-Hamiltonian moment, referring to the deal brokered by Alexander Hamilton, America’s first Secretary of the Treasury, to assume the crippling wartime debt of the individual states as mutual debt held at Federal level.

A second taboo that has received much less media attention is the introduction of possible EU-level taxation as a means to generate “own resources” for the Union. The European Commission has plans for:

Taxation has always been the exclusive domain of Member States, so this development creates another striking precedent, comparable to the 16th amendment of the US Constitution. Having its own revenue streams that are not controlled by the Member States gives the European Commission a new level of autonomy. This precedent may also put the issue of harmonised corporate taxation back on the table in the next MFF negotiations.

Healthcare is an additional area that is likely to be an emerging field of EU policymaking. EU Member States are responsible for organising and delivering health services and medical care. The COVID-19 crisis has painfully exposed the lack of common planning and coordination. However, months into the crisis, a common procurement programme for PPE became operational and the European Parliament adopted a resolution with an overwhelming majority this month calling for a far stronger role for the EU in the area of health. This should include minimum standards for quality healthcare, stress tests of Member States’ healthcare systems to identify weaknesses and verify that they are prepared for a second wave of COVID-19.

The resolution also calls for a European Health Response Mechanism to respond to all types of health crises through better coordination and management of the strategic reserve of medicines and medical equipment. Furthermore, it demands that the upcoming EU pharmaceutical strategy contains measures to make essential medicines more immediately available in Europe and put in place diversified supply chains to guarantee affordable access at all times.

The Commission proposal for the MFF and Recovery Fund contained significant budget increases for health, however, some of these were axed in the negotiations between Member States. The European Parliament may still show its teeth as its approval for the MFF is needed. The chair of the budget committee along with a cross-party group of MEPs who have worked on the MFF have already commented that they “cannot accept” certain cuts. Parliament President David Sassoli has also expressed dissatisfaction with some of the cuts and plans to make improvements to the deal or “withhold consent”. The Parliament will have to balance the urge to flex its constitutional muscles and being seen to delay the deal, and the much-needed economic relief it brings.

The European Union as the world’s largest market is set on remaining a rule-maker rather than a rule-taker in a world dominated by competing superpowers. GDPR is a prime example of trailblazing EU legislation that is changing data governance standards and privacy expectations globally. The EU is also leading in product safety and environmental standards. Companies that wish to export to Europe need to design their products to follow EU regulation. Because the EU has some of the strictest standards, being compliant with EU rules often means that you are compliant everywhere in the world. Many of the matters described in this article are still developing, so it is not yet possible to give concrete implications for associations at this time. We will provide further analysis on our website when initiatives become more concrete.

The European Union is going through some fundamental changes. Associations will serve their members well by keeping a close eye on the legislative agenda in Brussels and inform their members so they can anticipate, quickly innovate, and adapt as new legislation is adopted.

Re-creating an excellent educational and knowledge sharing experience in a brand-new resilient format...

Exempla has supported SWE in developing its presence and activities in Europe, driving the member engagement and growth to help close the gender gap in STEM.

Designing and Delivering "To meet or not to meet... the case for and against in-person events" for ESAE.